There are many kinds of ‘greatness’ and different types of great Barrians, from sporting legends to distinguished academics. The group in focus here were all great influencers. In some way, they were instrumental in pushing through social reform, and influencing changes in government policy.

The first of our great Barrians was a man who lived a remarkable life, someone we should all know about but his story is so often untold. Abdulrahim Abby Farah is the man from Barry who became a Senior United Nations diplomat, leading the 1990 UN Mission that oversaw the dismantling of South Africa’s apartheid state.

Abdulrahim was born in 1919 during a significant time of racial injustice and prejudice. His mother, Hilda Anderson, ran a boarding house while his Somali father, Abby Farah, was a sailor and entrepreneur. They were both active members of the community and helped found the multiracial Domino’s Club on Thompson Street (see art page). Growing up in Barry, Abdulrahim attended Gladstone Primary School and Barry County Grammar School.

Abdulrahim had a passion for people and served a purpose of protecting their rights. When he was seventeen, Farah was sent to Hargeisa, in British Somaliland. Before the War he was appointed magistrate with the British Colonial Services. He then fought in World War Two as a commando for British Forces in East Africa. After the War, he studied Civic Administration at Exeter and Oxford before returning to Africa, where he spent the 1950s working in the Trust Territory of Somaliland.

This was a time of change, the politics of Africa was changing and Abdulrahim found himself in the middle of it. During the 1960’s he became Somali Ambassador to Ethiopia and eventually permanent representative of Somalia to the United Nations. He represented the new country at the Organisation of African Unity and to the United Nations Economic Commission for Africa.

He was an international figure, fundamental in sustaining the UN’s relationship with Somalia and South Africa.  A UN Special Committee on Apartheid was created in 1969 and Abdulrahim was the Chair. He was President of a six-day UN Security Council meeting on ‘Questions relating to Africa’, alongside Umar Arteh Ghalib, with votes taken on resolutions about independence for Namibia, criticism of South Africa’s apartheid regime and ongoing repression in Portuguese territories in Africa. Writing in 1974 on apartheid, he began his case by arguing that: “The existence of the Government of South Africa’s apartheid policy which is racism in its most extreme form — is a challenge of the same moral order as slavery in the eighteenth century, or the Nazi persecution of the Jews in the twentieth century.” This was a big statement at the time and still remains influential today.

If you would like to know more, you can watch and listen to this presentation by Jamie Baker.

How does a man who clearly achieved so much in the world, remain so unknown in the country in which he was born and raised? Ian Johnson, Barry Town Councillor 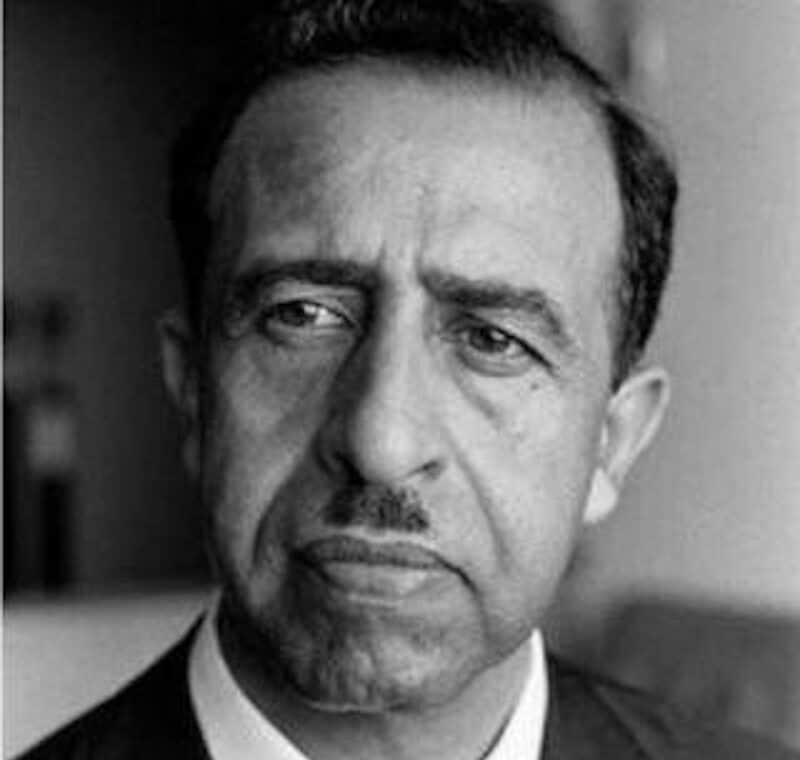 Eirene received a life peerage in 1970 following an ambitious and successful political career. Born at Anwylfan, St Johns Avenue, Belfast in 1909, Eirene’s father, Dr Thomas Jones, was of Welsh heritage. Eirene’s formative years were spent between Barry and London. She attended primary school in Barry and her father sent her to the Methodist Chapel to learn Welsh.  As a little girl, Mrs Pankhurst came to visit her parents at their home in Park Road and Eirene remembered being dressed up in a white dress with a green purple and white suffragette sash. At the age of 10 she moved to London where her father worked with David Lloyd George. Eirene entered St. Paul’s Girls School in 1920 and in 1929 won a scholarship to Somerville College, where she read philosophy, politics and economics.

After her studies, Eirene had a desire to travel setting off to Europe first, then to America in 1931 working as an adviser at the New York Public Library. She happily returned to Wales and was ambitious to pursue a career in Politics. She resigned from the civil service, working as a social worker, in order to seek a seat at the next general election as a candidate for the Labour Party. In the 1945 general election she obtained nomination as the Labour candidate for Flintshire, where she achieved a creditable result almost defeating Conservative candidate Nigel Birch.

During this time she also wrote with the Manchester Evening News, the first woman to hold such a post. In 1950 she was elected MP for Flintshire East (a marginal seat she held onto for 20 years), and persuaded the Labour Party to vote for equal pay for women in the public sector. In the 1960s she was Under-Secretary of State in the Colonial Office, later Minister of State at the Foreign Office and at the Welsh Office.

She followed in her father’s footsteps and her physical features also resembled his. While not always tactful or possessed of a great sense of humour, she had considerable intellectual and administrative skills, as well as great kindness. She was a woman of politics and placed greater emphasis on the battle for socialism and the abolition of class inequalities, rather than the struggle for women’s rights. Her devotion to Wales was unquestioned and she continuously advocated for Welsh educational and environmental bodies.

Baroness White died in 1999 and her ashes were scattered in Barry, where she spent a very happy childhood.

Do you watch S4C? Have you ever voted Plaid Cymru? You might be wondering how these things are connected. Politician, lawyer and author Gwynfor Richard Evans was crucial in the development of both. Born in 1912 in Barry, he was immediately introduced to the joy of living on the coast and the busy high street, with both his parents being shopkeepers (running the Dan Evans department store on Holton Road).

Gwynfor attended Gladstone Road School and Barry County School, where he began learning Welsh. This was a crucial part of his identity, becoming fluent in Welsh at seventeen and shaping all of his later achievements. He studied at the University of Wales, Aberystwyth and at St John’s College, Oxford, graduating as a lawyer. During his time at Oxford, Gwynfor remained patriotic and founded a branch of Plaid Cymru.

During his political career Gwynfor was an active member of Plaid Cymru and was the first MP to represent the party at Westminster. He became the party president in 1945 and continued in the role until 1981. Gwynfor was a convincing speaker but a gentle man for the world of politics, he identified as a pacifist. He remains famous for opposing the British Government’s support of the Nigerian Federal Government, which supplied weapons in the civil war against Biafra.

As a politician many of his actions were driven by his Welsh heritage, including a threat to go on hunger strike after the Conservative government reneged on its election promise of a Welsh language television channel. His threat forced the then Prime Minister, Margaret Thatcher, into a U-turn, resulting in a giant graffito, “Gwynfor 1, Thatcher 0”, appearing on the Thames embankment opposite Westminster. Two years later, S4C was created, the same channel we all enjoy today. Gwynfor died in 2005 and is remembered not only as one of our great Barrians, but also as a great Welshman, an ambassador for Welsh nationhood.

Teacher and first woman MP in South Wales, Dorothy M Rees has to be celebrated as one of the great Barrians! Born in 1898, she was the daughter of a dock worker and brought up during a time of industrialisation. She attended Barry Grammar School and went on to train as a school teacher at Barry Training College.

During the Second World War she worked as a liaison officer to the Ministry of Food and this began her career in human affairs and politics. She was a member of the Barry Borough Council and the Glamorgan County Council from 1934 and became its chairman (woman) in 1964-5 (only the second woman to occupy that position). Dorothy was an active member of the community and took an interest in all areas of development.

She served as the Labour MP for the highly marginal Barry constituency from 1950 until 1951, serving as Parliamentary Private Secretary to Dame Edith Summerskill, the Minister of National Insurance. She found herself immersed in prominent circles and as a woman was highly regarded, being the first woman to represent South Wales in parliament.  In the general election of 1951 she was narrowly defeated by the Conservative candidate Sir Raymond Gower. However, Dorothy continued her work as the Labour candidate for Barry and was appointed a Freeman of Barry in 1956.

She sat on many panels and committees covering a wide range of industries from health to education. She chaired the Morgannwg Hospital Management Committee and the Barry National Eisteddfod Committee in 1966-68, and was a member of the Welsh Joint Education Committee, the National Advisory Committee for Insurance and the Welsh Teaching Hospitals Board. Dorothy was incredibly passionate and was an advocate for the right of women to a higher education. She was made a CBE in 1964 and a DBE in 1975.

She died in 1987 and you can see a plaque commemorating her life at 6 Newland Street, Barry.